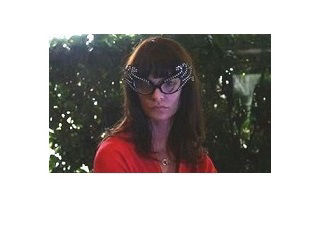 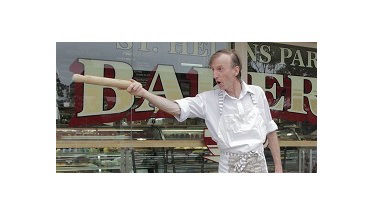 Independent film-making is alive and well in Macarthur, and The Rock is proof of that.

The faith-based film from director Pia Justine Cruz is a charming, obvious labour of love.

It follows teenager Josh (Daniel Harpur, still very green but committed) after he finds a rock in his garden has started to speak with him.

There is a biblical reason for the rock's sudden anthropomorphism - visible (and audible) only to the conflicted teen - which should make sense to the film's intended audience and will be amusing for those without a Christian background.

The Rock, voiced by late American actor Joe Applegate, tells Josh that he must spread the message of Jesus so that he may feel better as a person, even if in the short-term it leads to persecution and ostracisation.

This is not an easy task for Josh, who has grown cynical, helped along by his mother Kathleen (Dianne Jackson, perfectly fitting the role of a beleaguered mother).

Kathleen has been burned by the memory of her former husband, Josh's dad (Wassim Hawat in a difficult role), and struggles to engage fully with either the world or her son, preferring to immerse herself in romance novels.

The film is well-flowing, well-paced and interestingly shot - Cruz does not always opt for the obvious shots, and her deviance is rewarded.

The Rock's animation effects may be crude, but that somehow adds to its charm.

Also adding to the charm is teacher Ms Blackwell's (Rachel Joy) Elton John-esque glasses. There is no apparent reason for their inclusion and it is endlessly entertaining that no one seems to question a grown woman sporting glitzy glasses in the classroom. A fascinating costume choice.

Emily Pollard may be the stand-out performer in the film as the principal. She brings an element of realism, and speaks plainly. Many viewers will find her approach extremely relatable.

Overall, The Rock is a great example of hard work paying off. Made on what was no doubt a small budget, the film manages to be everything it needs to be, and doesn't seem to want for any added production value.

It is a small, contained story filmed in a way that makes its size work with it, not against it.

A great effort from all involved.

"We are thrilled to present The Rock
our 'Faith-Friendly' Seal..."

The Rock has won approval by The Dove Foundation Review Board. This means they believe the content expressed makes for the kind of entertainment family members can enjoy together with confidence. The Dove Family Approved Seal is awarded to movies, DVDs, made for TV movies and specials, books and other entertainment products that portray and encourage positive values. 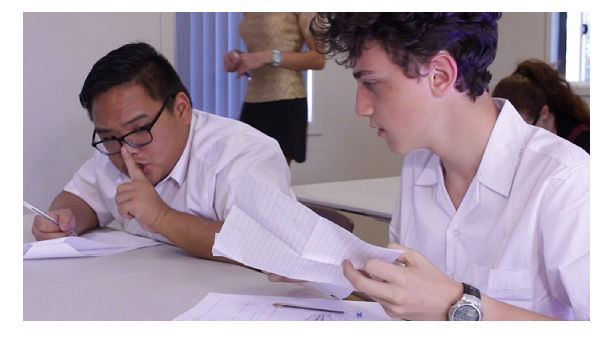 Discusses the film - by Narelle - an author whose novel appears in the story!

Web page was created with Mobirise